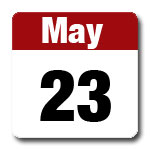 One more week until we receive the pregnancy test results.  EEK!

I've gone from having a funny feeling that we going to have a really high beta to having a feeling that it will be a negative result.  Now I am just trying to tell myself that this pregnancy test result doesn't mean that much.  If it's negative, we have 10 more frozen embryos.  If it's positive, it's way too early to celebrate anyway.  I think that's been the hardest thing so far - trying to balance the absolute excitement of possibility with the fear of heartbreak.

When do you break out the champagne?  When you get the donor you wanted?  When you have a good egg collection?  When the test is positive?  The first ultrasound?  Heartbeat?  2nd trimester?  The self-preservation part of me says to be cautious.  But the hopeful majority of me says "all of the above!"

To get some professional advice, I downloaded a magic 8 ball app for my iPhone.  According to it, we will test positive, it will be twins, we will not miscarry, and they will both be boys.  Although we wanted at least one girl, we obviously have nothing to worry about - if the iPhone says it, it has to be true.

Speaking of the iPhone, I might have to take a sleeping pill to get through next Tuesday night without checking it every three minutes for the pregnancy test results.  I toss and turn at night thinking about it already - I can only imagine what that night will be like.


I am trying to downplay it and just not think about it, but I am doing a terrible job so far.  Brent however, is totally Zen.
Posted by Brent and Charlie at 2:24 PM