Brent and I (Charlie) love to travel.  It's probably one of the things that immediately drew us to each other  when we met just a short couple of years ago.  Next month will end a 12 month period where we will have visited five continents.  We've always got at least one trip booked to somewhere on the globe.  This blog is about a different type of journey - the journey to becoming a family. 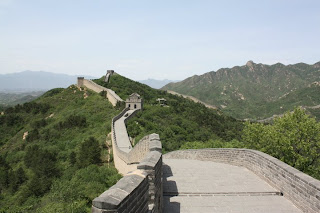 When we went to China last May, we went to probably the most popular part of the Great Wall, but decided to walk until we had the wall to ourselves.  We eventually reached a place where you couldn't hear anything except for the wind. If you've ever been to China, you know how hard it is to find quiet.  The wall is pretty well perserved for its age (I hope I look that good at 2,000), with the exception of bits of tourist markings.  (i.e. C <3 B 4EVA). At the very end of the accessible Badaling portion of the wall, someone scratched "The Perfect Family" into the stone. 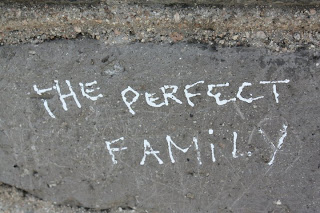 When I realized that I was gay as a teenager, I struggled with it for a lot of reasons.  The first being that, because my family is very religious, I knew that when I came out, I would lose them.  The second being that, if I wasn't straight and married one day, I couldn't be a dad.   I thought that being gay meant that I would never have a family.

The Great Wall was built to keep people from entering China, but now it does the opposite.  It's now a huge tourist attraction, bringing people from all over the world.  Funny how things change over time.  I thought I'd never be able to get married and have kids, but now here I am blogging about it to anyone who will listen.

This blog is about the journey into becoming a family.  Brent and I are currently researching surrogacy in India.  Through the blogosphere, we've learned a lot about the process through many people who were generous enough to share their experiences to make it easier for those who follow the same path behind them.  In addition to using this blog as somewhat of a personal travelogue, I hope that it also returns the favor and helps anyone else who decides to make their own family in a similar way.