It's been nearly 2 months since the last blog update, so I figured it's overdue.  A lot has been going on!

Most importantly, things are going very smoothly with the baby now (finally!!).  The last scan came back with the awesome news that the brain cyst is no longer seen during the ultrasound. The triple marker results also came back favorably.  We also received plenty of pictures of the baby's brain and spine.  No cute profile pictures or fun 3D photos.  Who wants to snuggle a spine?  Seriously though, we're happy to know that SCI takes this stuff seriously and focuses on the important stuff.

Brent finally landed the job that he's been daydreaming about for the past year, even long before we actually even made the move to Seattle.  I'm glad he stuck it out and got what he wanted: a fancy schmancy office on the 38th floor of a building downtown complete with a view of the Space Needle in a position that pays him well doing work he can likely do while sleeping.  Our last house had acres of cows in the backyard, so this is a slightly different view.

Speaking of Seattle, since the last blog post, Washington State became one of the first US states to approve marriage equality by popular vote.  Being in a state that recognizes us as being in a legitimate relationship was important in laying the groundwork for becoming a family.  It's the main reason that we made the move of over 3,000 miles/5,000 km across the country.  It will help our children know that they're part of a normal family like just any other and it will help Brent and I to know that they're part of a protected family unit just like any other.  That election night, we watched people vote in our first black president for another four years.  Closer to home, it was the night we watched people vote in the first president to support marriage equality, announcing that support before he was facing re-election, not after.  25 years ago, gays and lesbians were treated badly here, in a country that has pushed for human rights in other countries.  Because today we're experiencing the actual shift in US citizen's opinions of us today, we have a greater appreciation for these new rights than even the gays and lesbians what will be coming out 25 more years from now, who don't face any discrimination.  I am so happy to be able to experience this change first hand.

Tomorrow is the first day that we can apply for a marriage license, with Sunday being the first day you can make it official, so we're heading to get the license tomorrow afternoon and are all booked for a ceremony on Sunday!  To celebrate the honeymoon, Brent will be going to work the following day and we will likely order pizza.  This will be my 2nd marriage this year (I feel like a Kardashian), but this one is actually legal! 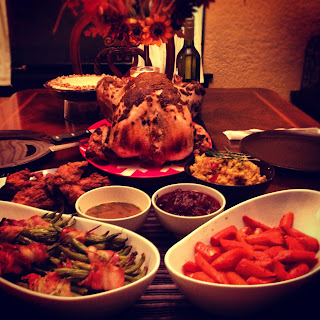 In other news, we're smack down in the middle of the holidays.  We spent Thanksgiving together as just the two of us for the first time ever. We talked with friends and family over Skype & Facetime, but it was the first time we shared the Thanksgiving meal alone.  The idea was to just get a small turkey breast, but going to the store the night before Thanksgiving caused us to have to get their smallest 17 pound bird.  Add to that glazed carrots, bacon wrapped green beans, garlic mashed potatoes & gravy, fried oyster stuffing, spiced cranberry, loads of wine, and a lime cheesecake.  It was a feast.  Next year, we will be enjoying it with mashed peas  & mashed potatoes all over the place, all over us, & all over the baby, so we decided to go all out even if it were just the two of us.  Thankful!

Last weekend, we also took our last mini-vacation as just the two of us.  Here are some pictures from our Winter Wonderland.  Hope all is well for everyone else!!  Happy Holidays! 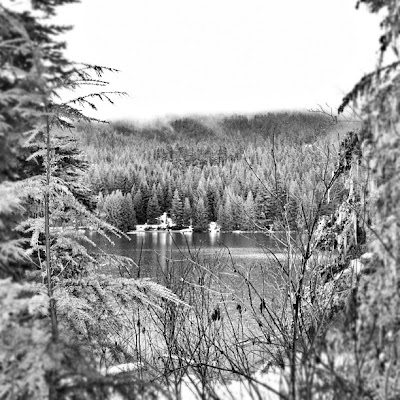 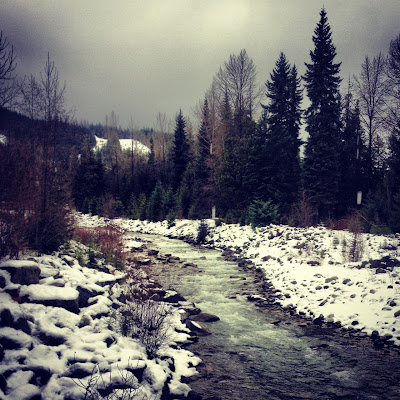 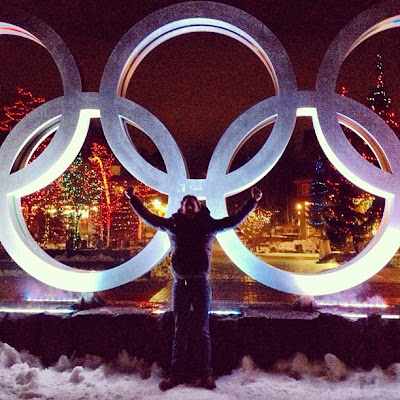 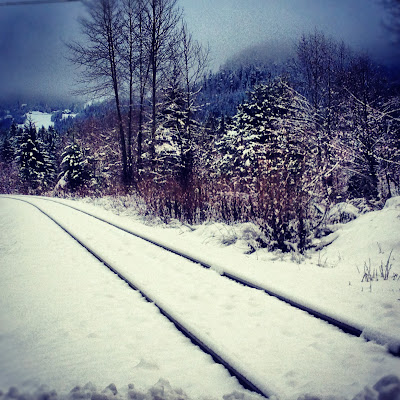 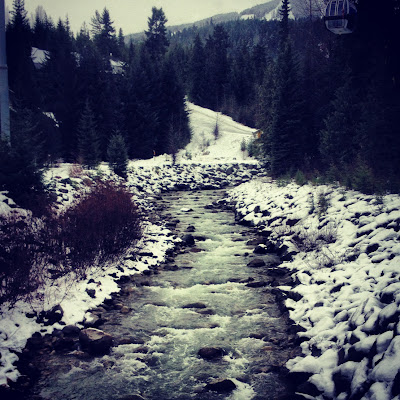 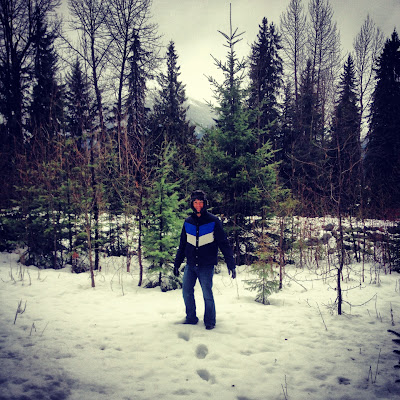